A Rain of Fire

War has come to the Galaxy.

The dark forces of the Neo Hegemony strike, sweeping across the worlds of the Arcadian sector and crushing all in their path.

One system stands against the onslaught, the Kingdom of New Avalon. But the men and women of their expeditionary forces are trapped behind enemy lines on a besieged planet. Losing those troops will lose the war.

Their only hope? A last-ditch rescue mission led by Captain Hal Cutter and his battleship, Achilles. Beset on all sides by lethal enemy warships, he must lead a rag-tag fleet of naval and civilian vessels across Hegemony held space to save the beleaguered Kingdom soldiers.

In the skies and orbit, Lieutenant Jason ‘Rick’ Richards and the untested pilots of Viper squadron clash in a furious battle for supremacy against elite enemy fighters.

And on the ground, Private Patrick ‘Wink’ Goble and his platoon must hold the line against a ruthless enemy commander and her overwhelming force of battle-tested mechs until salvation arrives.

All will play their part in this desperate struggle for survival against impossible odds.

The Great War has begun… 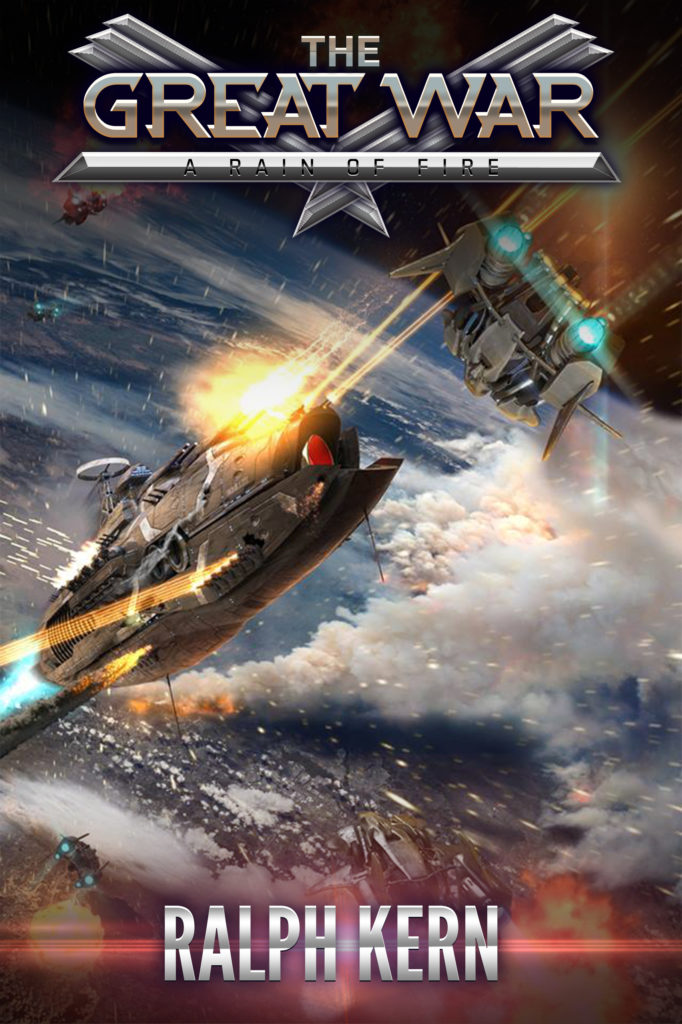